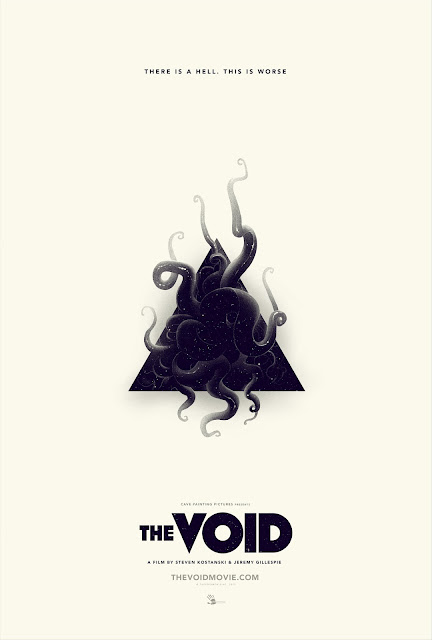 Click on that image above and open her right up.

And if there's ever a tagline that's made my mouth water, it's that one.

(Note: If you've yet to see this film, I'd recommend not reading any further until you do. This is definitely a film that's better viewed with as little knowledge of it as possible. Just a heads up).

While neither as epic as The Thing or quite as deeply unsettling as Prince of Darkness, this film benefits from being reminiscent of both, along with a dash of H.P. Lovecraft thrown in for good measure.

I've not read everything from Lovecraft, but I've made a pretty good start, and I must confess that the the notion of other worlds full of tentacled gods is a very attractive one. And so, The Void...

This is a one-location, cult / body / inter-dimensional horror, with equal amounts of creeping dread and full-on, mind-bending gore.

Centred around a group of people stuck in a hospital about to be closed down (so reduced staff and mostly desolate), they are unable to leave due to knife-wielding, white robed cult members in vast numbers outside. 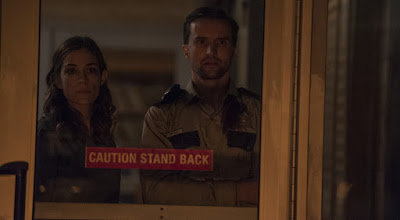 Who are they? Why do they have black triangles on their robes? Who's this bloke the cop just brought in, covered in blood that isn't his? And why did a nurse just try to cut her own face off?!

As the tale unravels, so does the sanity of the remaining characters, each seeing poignant but horrific personal hallucinations. All of these people appear to have suffered a deep tragedy, and this presence taps right into that, as it lures them deeper into the bowels of the hospital.

Inter-cut with the drama we see flashes of vast alien wastelands (which I found to be one of the most frightening things about this movie) and writhing, inhuman flesh. There is a substantial, creeping feeling that something is coming... Or waiting... Or both.

This triangle motif is never really explained, but that's fine, as an emblem within this world (and door into another) it works brilliantly. 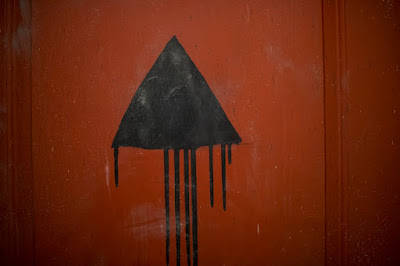 The practical effects are so good that one of the creatures actually made me flashback to a horror short story that gave me nightmares in my early teens. These disturbing creations also brought to mind Splinter, as it's clear the entities inside of these destroyed human bodies don't know (or don't care) how to wear them in any way that isn't profane. 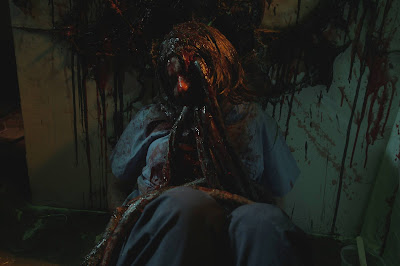 If you're looking for something tense and at the same time claustrophobic and cosmically horrific, you can do a Hell of a lot worse than this.
Posted by Zombie Cupcake at 14:00