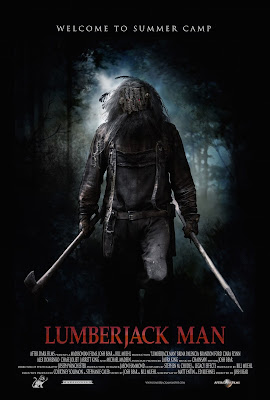 This wants to be American Pie with added horror, but fails so miserably I don't even know where to start...

You know it's not going well when you check how much run-time is left and it's not even halfway through yet. By the 30min mark it's already pretty well established that this one is going to be heavy on the boobs but lacking on the gore and downright woeful on the comedy.

There are "summer camp stereotypes" to the point of being offensive (remember, this was made a mere two years ago) including a fat kid, bitchy mean girl, dorky camp counsellour and a black chef - who they at least don't kill off, I suppose!?

The kills are so-so, the most memorable probably being when a woman gets her breast implants ripped out, but again, emerging from the flat writing and acting around it, this comes across as gross and unnecessary rather than anything else.

The "Lumberjack Man" in question is a hulking brute with a tree bark mask(?!) and a squeaky wagon which he uses to cart around oversized pancakes to each of his kills. OH GOD I WISH I WERE JOKING. 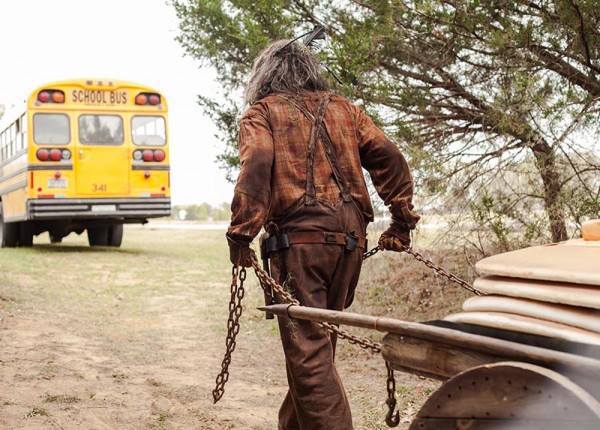 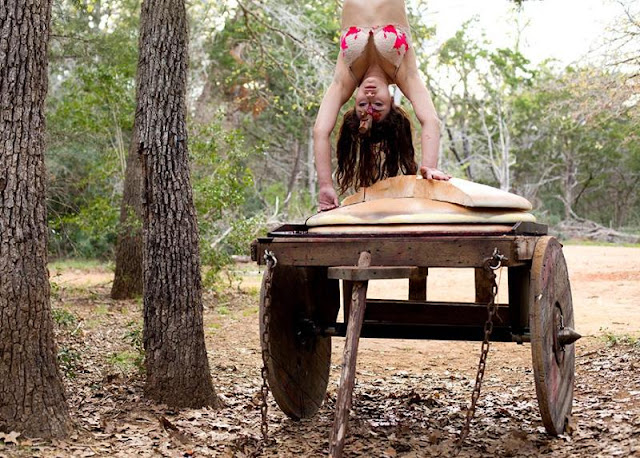 He's given no personality and, despite being large and lumbering with a distinct look, he has no presence and nothing remotely interesting to make us care about him either as a villain or an anti-hero.

Why Michael Madsen signed up for this piece of shit I'll never know.

I was going to say this film would have benefited from being 30mins shorter, too, but ultimately the horror genre world would be a better place if it had never been made at all. Lumberjack Man is going to make you want to watch a decent summer camp movie, and I strongly urge you to do just that. Don't waste your time with this.
Posted by Zombie Cupcake at 21:15