It is a truth universally acknowledged, that low budget horror films can pretty easily scare the bejesus out of you.

There's a certain charm and ingrained creepiness to something that looks like your imaginative mate could have made it, and these lower branches of the horror tree really have the capacity to capture that feeling horror hounds are constantly chasing.

Yeah, we want to be "scared", but the emotions are more complex than that. Speaking for myself, some of my favourite horror experiences have been less outright "fright" and more deep discomfort, helplessness and hopelessness.

Without the gloss of Hollywood, you're one step closer to the dirt. 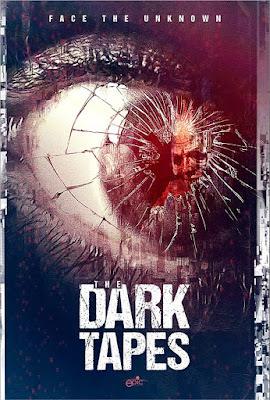 The Dark Tapes adopts the format which in some ways re-energised the genre. Found-footage movies have been around for years of course - as have horror anthologies - but together they created a beautiful little monster of a sub-genre (a sub-sub-genre?).

With V/H/S (and to a lesser extent, The ABC's of Death) viewers had the same feature-length runtime, but inside it were several stories to enjoy, usually with a wrap-around narrative to tie it all together.

And this too, is a series of found-footage, short spooky tales with a bookend narrative. Although the difference here is that all of the stories are from the same twisted mind, that of writer/director Michael McQuown.

First impressions were favourable, as viewing the trailer was enough to tell me that I probably couldn't comfortably watch this film in the house on my own. The POV's of dark domestic hallways alone ruled that out. 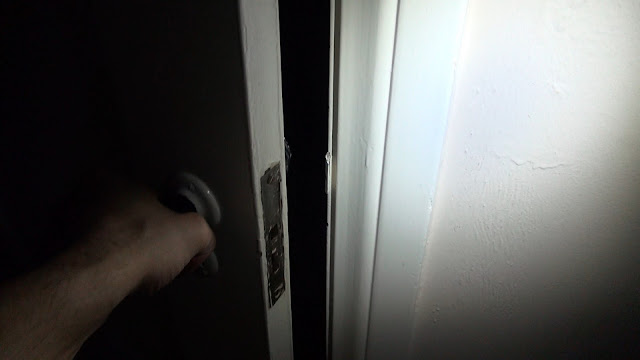 Tension is my absolute favourite thing about horror, and I think it's one of, if not the most important weapon in this genre's arsenal. Even those cheap jump scares from the throwaway summer blockbuster horror movies wouldn't work if the audience wasn't nervous in the first place.

When The Dark Tapes lets itself breathe enough to build tension, it does so very well. The tape entitled "The Hunters & The Hunted" involves a couple in a new home experiencing ghostly activity, and the group brought in to investigate. 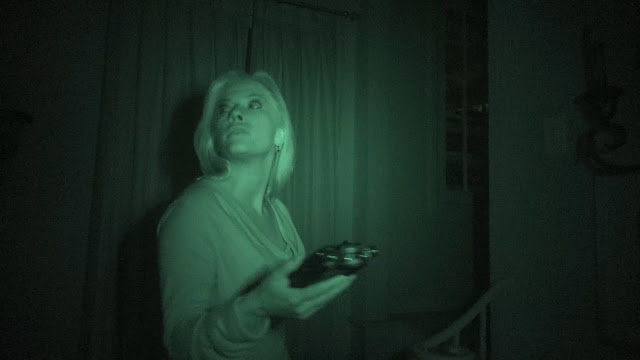 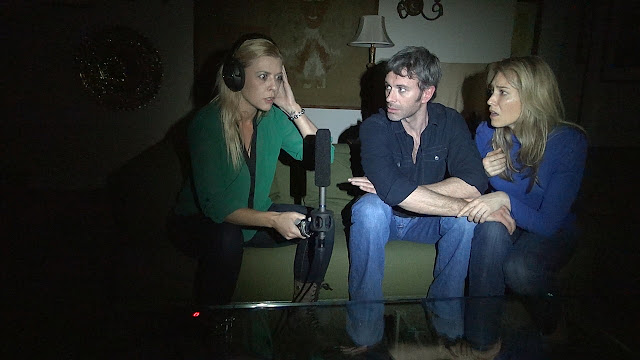 The Hunters & The Hunted

Of all the tapes this one is the most grounded in reality, and it benefits greatly from that. If the test for a decent horror sequence is whether or not you find yourself trying to escape into the back of the sofa with your hands over your eyes, then this segment passes.


The thing is, there's a blessing and a curse with film shorts. The makers must find that sweet spot of a strong idea, plus a no-frills, tight delivery of it. With little time to waste, the set-up and tear-down of these stories has to be confident and to the point.

The Dark Tapes felt in places - particularly the wrap-around narrative - that this was a draft or two away from that sweet spot. There's a LOT of exposition at the beginning, delivered in a pretty dry way, so it's easy to become lost (and the danger with being lost, is being bored).

The weakest link in the chain here is "Cam Girls". It asks us to take huge leaps with it, narratively, with a pay-off that will make you scrunch up your face in a "wha? is that it?" rather than an "oh shit!". 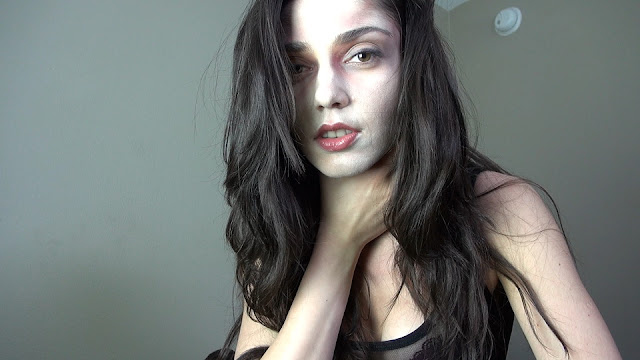 Webcam/skype-centred movies are a real double-edged sword, too. It's so gimmicky that unless you fucking nail it, it doesn't work.


All of the stories came from an interesting idea though, and "Amanda's Revenge" was another I enjoyed, due to the creative use of film and Brittany Underwood as Amanda. 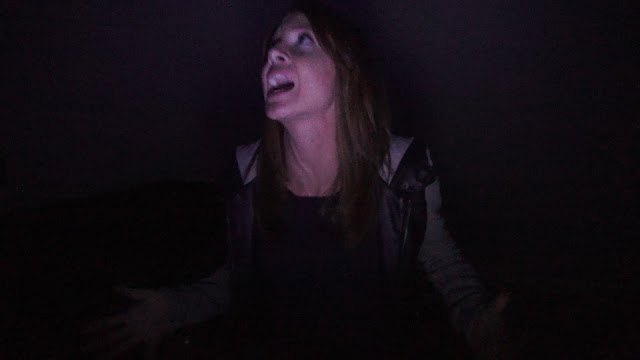 Underwood is the best actor in the entire movie, if playing it a tiny bit too earnest and peppy at times, given what she's apparently going through. With a faint smack of the It Follows about it, the "Amanda's Revenge" tape shows the most imagination and flair, with some creepily stunning shots towards its conclusion.

For a budget of $65,000 this film definitely gave it the old college try, and there are some genuinely imaginative and suspenseful moments here... you just have to wait through some scenes of questionable, unnatural dialogue and an overuse of "scary static". But I've done more for less :)

McQuown and this team are worth keeping on your radar though; apparently there's a sequel in the works, so it'll be interesting to see what a second movie from the same stable is like. Hopefully they'll have sanded down some of the rougher edges and polished the points from their debut that shone through, because they're undoubtedly there... they just need a little work. 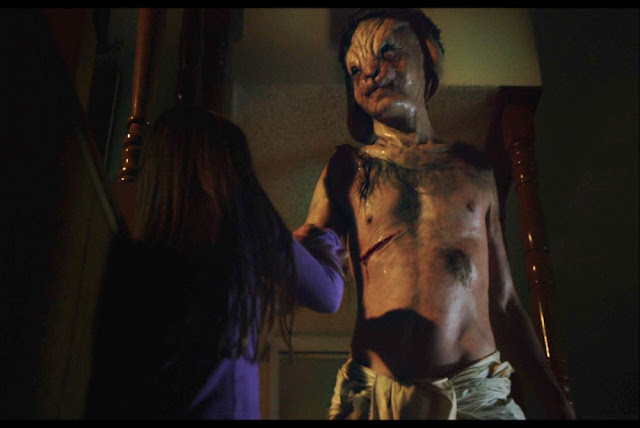 Posted by Zombie Cupcake at 09:33 No comments: