Still so busy... No time to envelope myself in horror. Therefore, only a mere handful of entries into this new blog, I am going to cheat.

Here's a post I did in April of this year, elsewhere online. I like it though, so it can rest here as well. 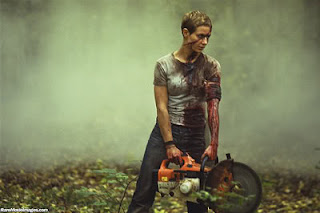 "I watched Switchblade Romance (or Haute Tension, if you'd prefer) last night. It was as good as its reputation suggested. It didn't give me nightmares - although I did dream of a deleted scene for it this morning. Geek.
Yes, perhaps I do now have a bit of a crush on Cécile De France; there's something very attractive about a beautiful woman who looks like she could completely kick your arse, I think.

As a horror fan I am always being asked what the scariest film I have ever seen is. I almost get embarrassed when I reply honestly by naming The Blair Witch Project. The thing is, I saw it at the cinema and got totally sucked in. By the end of the film I felt I was on the brink of cardiac arrest, I was so scared. Certain parts of 28 Days Later - why does it have ellipses in the title there? - produced similar results (again, at the cinema. I think that is a big factor).

I also had to turn off - as it was recorded off of the TV - The Shining at the point the rotting old lady in the bath appears. That film really got to me mainly because it was so cold. I can't remember how old I was when I watched it, but I suspect I wasn't yet fifteen, which was its rating in the UK. It just seemed so harsh, and was one of the first films I saw where I felt I couldn't trust the film maker. You weren't in safe hands anymore, he wouldn't protect you. Anything could happen. *shivers happily*
And, haha, speaking of TV: Ghostwatch on the BBC all those years ago also made me so scared I had to turn it off.

These aren't great answers, but having seen so many films now, and so very many horrors, it's hard to really scare me. To be honest I'm undecided as to whether I want to see something as scary as it'd have to be to really scare me, if that makes sense?

It's simple enough to make me nervous, and make my heart beat faster (Switchblade Romance did that last night) but to properly terrify me? I don't know what it would take. And once seen, I couldn't un-see it. Would it be like In the Mouth of Madness (or the less well known and slightly pants Cigarette Burns, god bless yer John Carpenter ♥), where I'd finally find the scariest film... but the price would be my SANITY?

I don't know where I'm going with this. I'm just musing. With my fella away I am taking the opportunity to watch films I know he wouldn't be interested in. Having a gander at the listings for the lovely Greenwich Picturehouse cinema, I'm told that The Orphanage is showing.

I suppose this post grew from the fact I was wondering if I felt in the right kind of mood to go and watch something in the cinema I know to be really chilling. I'll see how I feel come home time."
Posted by Zombie Cupcake at 07:41 1 comment: 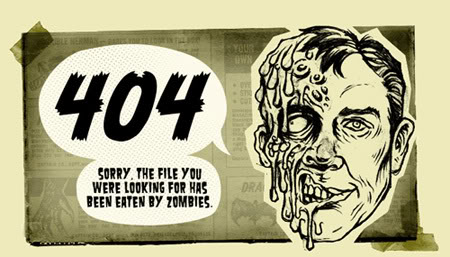 I love Rue Morgue! I wish the whole internet worked in zombie terms. What's that? Do I really mean that? ... Would you judge me if I did?

Haven't had any time to myself to watch any horror films lately, and that fact makes me miserable. Hopefully tomorrow night I can squeeze at least one in. I have Fido and The Car in my 'To Watch' list at the moment.
Posted by Zombie Cupcake at 07:37 No comments: