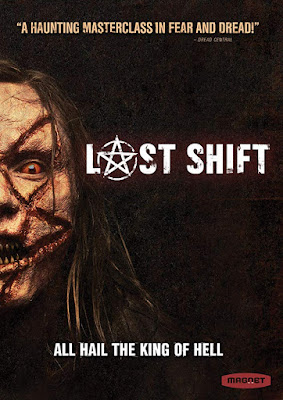 Oh hey Paimon! Listen, I know we had a rocky start with that first viewing of Hereditary, but I'm here now and I'm ready to listen.

I guess Last Shift doesn't really bury the lead here. There's a demon in this! If you're into cult-y, demon-y shenanigans then this little flick directed and co-written (along with Scott Poiley) by Anthony DiBlasi, is surprisingly unsettling and... full disclosure... I had to turn it off 30mins in the first time, as I was alone downstairs in my house and got freaked out. For that reason alone it gets points!


And so attempt #2, with company and knowing a little more about what to expect, I checked out this story of rookie cop Jessica Loren (Juliana Harkavy) spending the night in a soon-to-be abandoned police station. The old Assault on Precinct 13 location treatment. 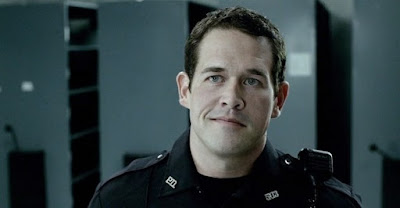 There may only be a single locale for Last Shift - apparently it was an actual redundant police station - but it's used fantastically. Loren, initially bored and then increasingly on edge, wanders the empty halls and rooms of the precinct; experiencing strange noises and visions of a spine-chilling, violent past that played out within its walls.


We learn along with her that it may be more than just bad luck placing her on this doomed shift, in this doomed building. Her father's time - and death - as a police officer may be relevant, too. 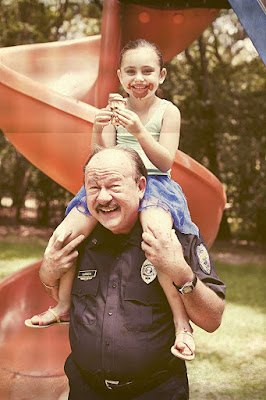 The scares are often of the jump variety here, and there is at least one moment of that once heavily-relied-upon effect of sped up ghouls being ghoulish (that kind of 90s/early 2000s music video editing thing... yawn). However, the cult/demon visuals are pretty jarring and disturbing when they come, so this lends some heft to the proceedings. Despite some questionable paths getting us there, I found the scares and creepiness ultimately successful.

So, I mentioned Paimon earlier. His incarnation here is as a Charles Manson-esque cult leader called "Paymon" (Joshua Mikel). I'm not well-versed enough in my occult history to have recognised the name without the help of Hereditary, but I thought it was pretty cool to see him featured in something else. 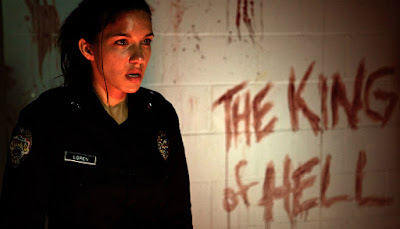 According to Wikipedia these are the only two films with a plot where Paimon comes up. Demon-specific double bill, anyone?* Though I think Last Shift would pair better with Let Us Prey for strong female police officers getting more than they anticipated during their first night on the job.

*See my "double bill idea" tag. Maybe one day I can actually make use of all these?!


I caught this on Shudder but as usual, it's probably pretty easy to find. A movie that's smaller in scope, but with atmosphere and nastiness (that ending!) to feel like it deserves a seat at the table.
Posted by Zombie Cupcake at 20:33 No comments: 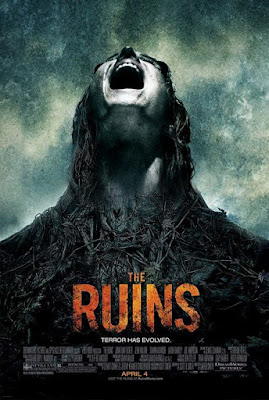 For another movie about dumb white tourists misunderstanding and/or disrespecting native culture to their peril, The Ruins ain't so bad!

Two couples are on the last days of a holiday in Mexico when they're invited to trek to Mayan ruins "off the beaten path". As one might expect, terrible things happen until horrifying tragedy wipes out nearly the entire group. This apparently departs from the novel upon which the film was based, that culminated in everybody dying (which honestly, I would have preferred... though I suppose cosmically speaking this one is scarier). 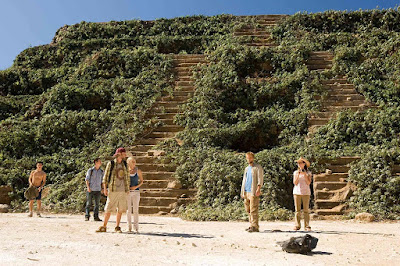 Directed by Carter Smith and written (novel and screenplay) by Scott B. Smith, who also did the same for the story/film of A Simple Plan, this is short, sharp and competent horror. It's not a complicated tale but it keeps you interested and decently unfolds the dread over its 90mins.

I was also pleasantly surprised at an early assumption I'd made plot-wise being proven wrong. Guessing narrative twists and turns is an occupational hazard but it's nice to be fooled where possible!

I suppose if I had one complaint, it was the clumsy handling of the introduction of "mimicking" early on. Would these kids use that phrasing? It seems to be done purely to put that word or action in the minds of the audience for later. But I really don't think it was necessary - in fact, it would have been roughly 5% more shocking coming out of absolutely nowhere.

"But Jo", I hear you ask, "does this film have gore?" And to that, I say yes, yes it certainly does.

The Ruins gives realistic, skin-crawling moments of body horror. From broken bones, to open wounds and amputations, this one isn't for the squeamish in that respect. 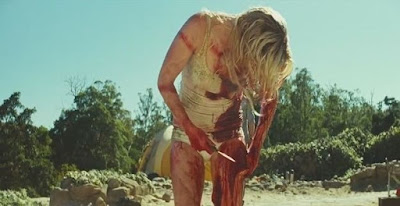 At dead on 1hr30 The Ruins is worth the runtime for some genuinely uneasy and hopeless moments of peril and solid bloodiness. I had always assumed this movie was a sub-standard Turistas-type affair; a great concept but ultimately the makers balls it up in a variety of frustrating ways. This is not the case! I'm pleased I gave this one a chance (better late than never).

I watched on Tubi but I'm sure it's fairly easy to find other places, too.
Posted by Zombie Cupcake at 21:23 No comments: