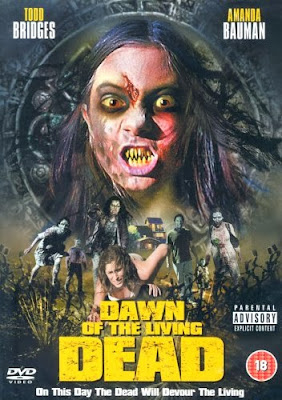 "Don't mind him, he's a bit protective. And retarded."

For the most part it's just plain dull and for the remainder it's laughably absurd and kind of confusing.

Renee has just been released from a psychiatric hospital and her fiance Martin Sheen Jeffrey buys them a house in the middle of nowhere to help her convalesce. 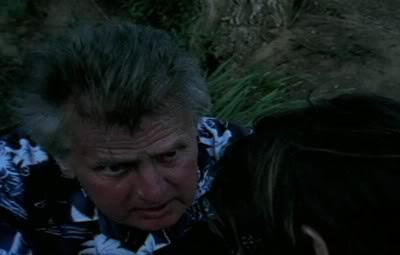 As with all best laid plans in horror movies, this goes horribly wrong. Renee isn't imagining all of these increasingly weird encounters. She's not crazy you guys! In fact, she's just about the only sane character in this mess. 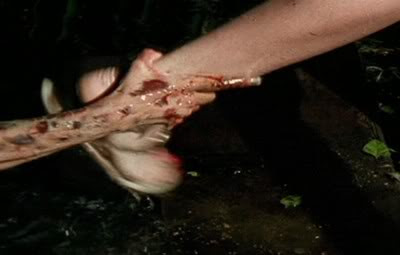 It transpires that a Mayan family were murdered in the house, and their zombie spirits are wandering around, requiring a proper burial to put them to rest. Needless to say, a good few extras die before this fact is unearthed.

The deaths and the gore are the film's only strength - unless you count the theme song (and yes, the entire film is available on Youtube, so I'm glad I only splashed out 99p on it).

The zombies claw and gouge and it's all very mucky and smooshy in their rotten hands. So that's cool. 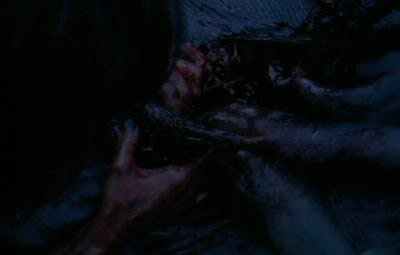 Best gore/special fx/my jaw just dropped off moment has got to be the zombie baby. 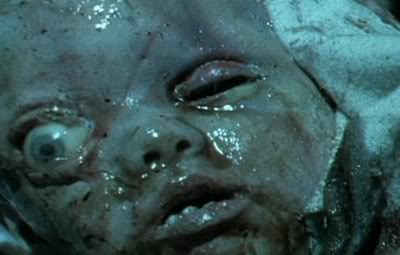 He punches it, by the way. He punches a zombie baby in its face.

Apart from that though, the film stinks worse than an undead diaper. Find that part on Youtube and save yourself the pain of having to watch the other 88mins.

There's a rape scene that might not actually be a rape scene at all, it's hard to say; many instances of shitty CGI... 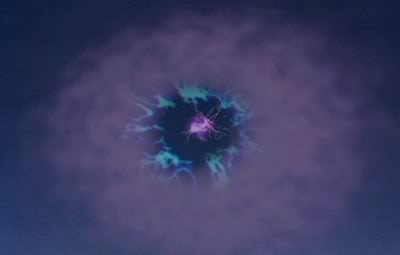 ...a bizarrely scored "sexy" dance and let's not forget the fact that much of the film is shot in eye aching half-light.

Your money isn't in question here, but I'd say don't even waste your time on this one, ladies and germs.