Final Girl Film Club time. It's been way too long since I got involved in this.

After a promising first sequence involving a showering girl being stalked all POV style, this falls into the old trap of taking too damn long to get going. The Funhouse is 96min, thirty of which are taken up with the main characters simply wandering around the carnival. It's scene setting, sure, but it's to the extent of being bor-ring.

Favourite thing about the film was these moments:

When we finally do get inside the funhouse itself, things improve a little, with some fairly creepy anamatronics and nice use of lighting.

The foursome pair off for some heavy petting but are interrupted by overhearing - and upon investigation, witnessing - a commotion which results in murder. Their presence is discovered and a deformed carnival worker is dispatched to take care of them by any means.

Obviously it's here the film is at its best. There's some nice work with the mannequins.

Ultimately however, the characters were either annoying or weak, so their being in peril didn't mean much.

The opening credits suggest some effed up shit involving creepy motorised dummies. I am sorry to report that we're subjected to too much of the bad acting kind of dummy, as opposed to anything else.

You laugh it up all you want love, we shan't be meeting again. 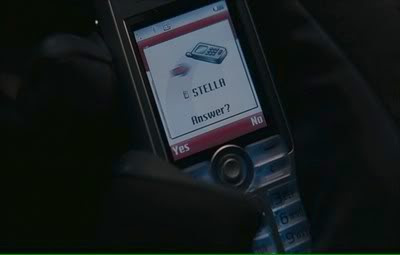 Posted by Zombie Cupcake at 19:00 No comments: