Have you seen this? (skip to around 40sec in to avoid the billion boner-killing studio logos).

I am having so many feelings about it. All of them good. The MUSIC, the END to that clip. Elijah Wood doing yet another good job at creepy and fucked up. Hubba hubba, I want to see!!!

With almost as many canine cast members as human, this is a rare thing: a horror film where it seems as though the pooches have a fighting chance... nay, emerge victorious! 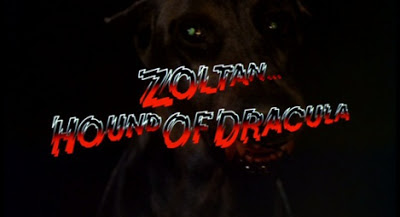 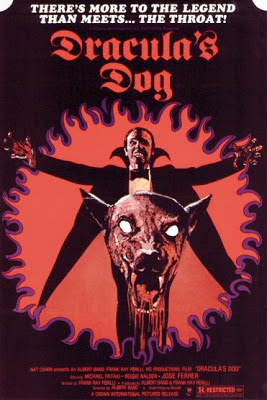 Well of course it made sense I should watch this. I'd have to be sillier than a box of puppies not to give it a whirl!

Bringing to mind Food of the Gods (thankfully minus the [at least overt] animal cruelty) and countless others, Zoltan is that special kind of 70s "so bad it's good" horror flick. It's one to get the beers and popcorn in for, get some friends round and repeatedly splutter together, at the straight-faced silliness of it all.

So let me introduce you to Zoltan. He's a hellhound Doberman with an intense stare and a pursed lipped, wrinkly-faced master. 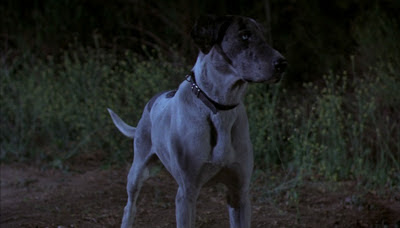 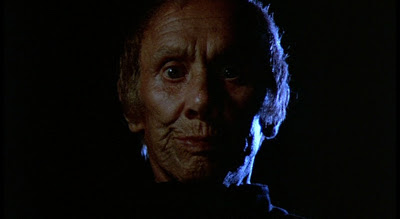 Why are you laughing? This is deadly serious!

The plot is simple: hound and half-vampire companion get resurrected and travel to the States to find Count Dracula's ancestor. The guy in question - who is a bit of an annoying dick, actually - is on holiday with his wife, children, family dogs and... a box of puppies. 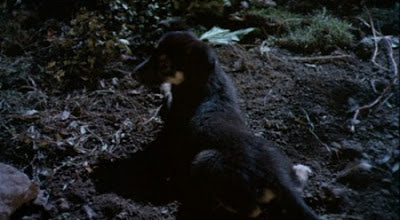 Puppies! Puppies. How happy was I?!

I think the best way to approach Zoltan is to discuss what we can learn from it. There are an awful lot of lessons here. Very important lessons. Are we ready? Then I shall begin. 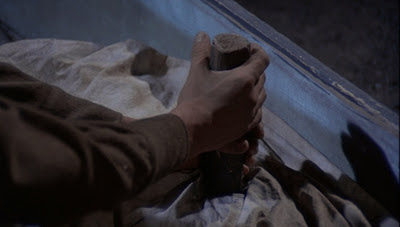 When standing guard over a crypt marked with the family name "Dracula", feel free to remove the stake from any of the inhabitants. It's fiiine, go for it. 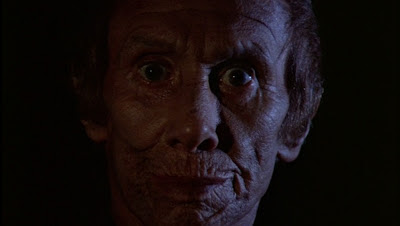 Make your mouth look like a bum hole when addressing your hellhound. 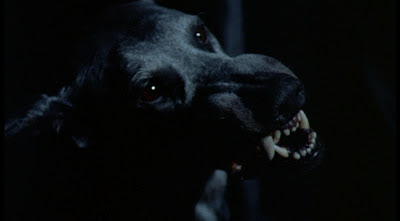 Putting big fake teeth on a Doberman will suffice in conveying its hellhoundness. 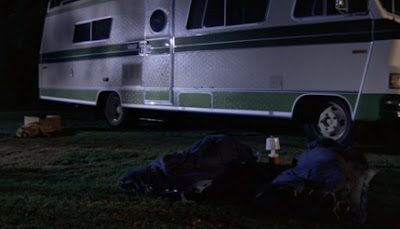 When in the middle of nowhere, let your children, dogs and puppies sleep outside the RV, whilst you cosy up inside. 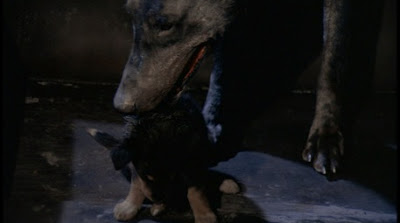 Puppies can get bitten too :( 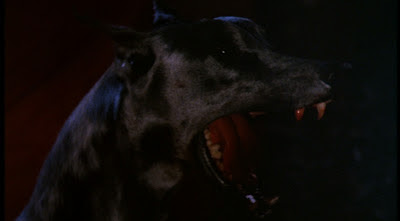 My absolute favourite. Take a shot of a dog yawn and with the help of fake blood and canny dubbing, viola! It's a terrifying howl! 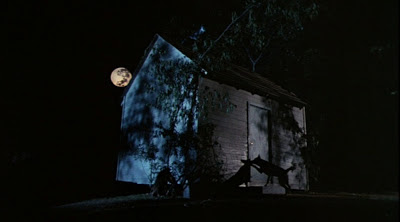 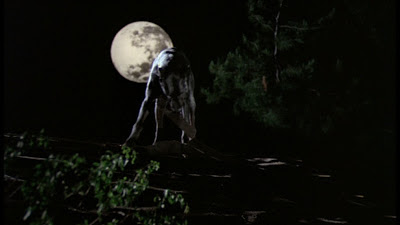 Two dogs can tear the shit out of a little wooden hut in a matter of minutes. 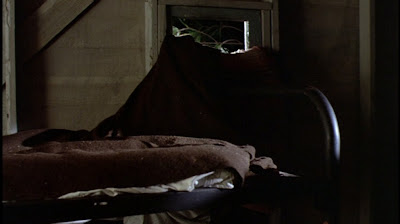 The best type of barricade is one comprised of a blanket jammed into an open window. That'll keep the evil out! 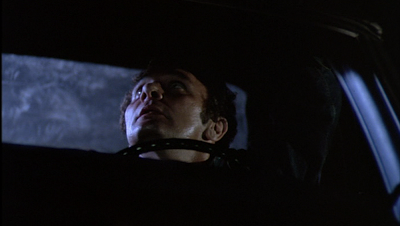 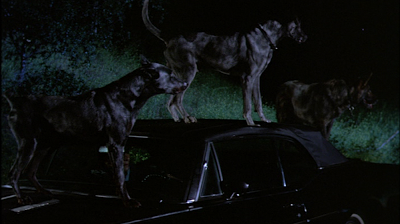 Don't be afraid to get a little Cujo with proceedings. 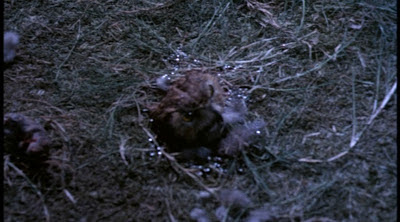 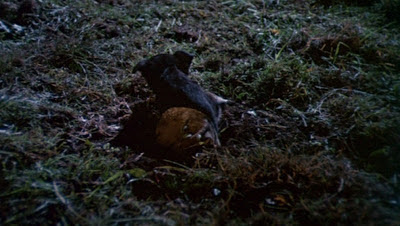 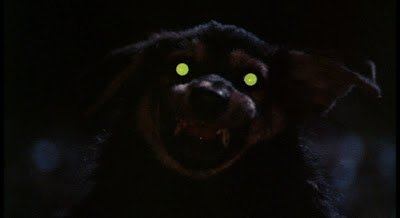 Okay I may have completely lost the already skittish thread by the end, there.

What isn't pictured:
So then, file this one under "chortles rather than screams" - but there's nothing wrong with that! The beauty of this genre we all love so much is that it happily encompasses both.