I'll never underplay how much I love the original Black Christmas, so when this remake was announced, I was not interested in the slightest. To the point of being offended that they were even bothering to try. I turned my nose up at the mere thought of it for years.

I am now older and wiser (well, older at least, etc etc) and realise that boycotting for these reasons - especially 11 years later! - is pointless , because y'know what? Sometimes remakes are all right. 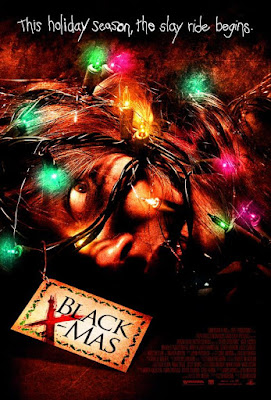 That's a good word to describe this movie: alright. It's an interesting watch for fans of the original, and it's certainly got gore aplenty (which is a complicated aspect, as I'll explain later) but it never becomes anything more than an explicit and un-scary rehash of a classic.

You see, this movie doesn't make it easy to sit back and attempt to judge it on its own merits. Even though there's a lot added to the story, there are just too many things either lifted straight from, or heavily nodding towards Black Christmas (1974). I honestly tried to take it at face value, but it ultimately suffered from my knowing the original so well.

It's not worth actively avoiding, but considering its roots, it's an unremarkable, predictable stalk and slash.

The making of Black Christmas (2006) and what happened afterward, seems complicated and rather sad. Apparently director Glen Morgan was good friends with Bob Clark (director of the original) and had him come aboard as an executive producer, remaining on set for shooting. Clark saw the finished product before his death, and even though IMDb doesn't state what he thought of it, this interview suggests he was at least very happy with the backstory elements that were introduced here.

A damn shame, all of it. I wonder what the intended film would have been like?
Posted by Zombie Cupcake at 14:36 No comments:

For the past few years I've been meaning to get hold of Silent Night, Deadly Night. My collection is sadly lacking in Christmas-themed horror and this always seems to be doing the rounds with my horror friends and acquaintances.

(Black Christmas is the only spooky xmas movie I know well, so if you have any suggestions I am excited to hear them!). 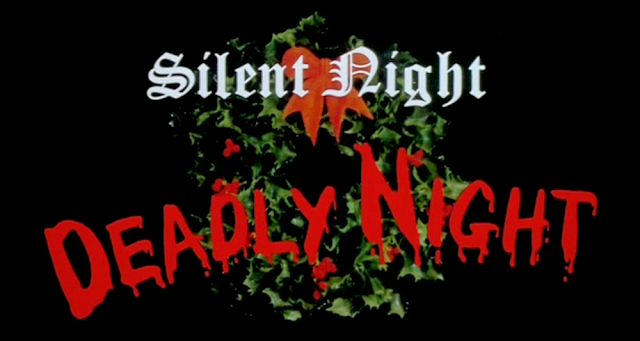 Silent Night, Deadly Night was more or less what I was expecting:


This film gives a very comprehensive lead-up to exactly why the killer has the motivation he does. We don't just see Billy at the moment his life completely derailed (the day he witnessed his parents assaulted and murdered by a guy dressed as Santa); we see the mid-point of his journey, too. And maybe if he'd been shown some human decency, care and love, he might have grown up to be faintly okay. Unfortunately for him, he's at a home for orphans run by a sadistic bitch of a Mother Superior. 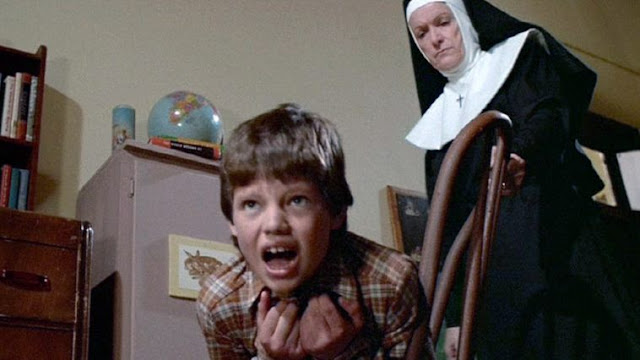 In wonderful, classic 80s horror style, some superb groundwork is laid to monumentally fuck Billy up. This nun will have none of Billy's troubled past, and instead beats and berates him into submission. She thinks she is molding this poor kid into behaving (not that he is ever shown as being actually naughty), when really she is creating a perfect, messed up monster. 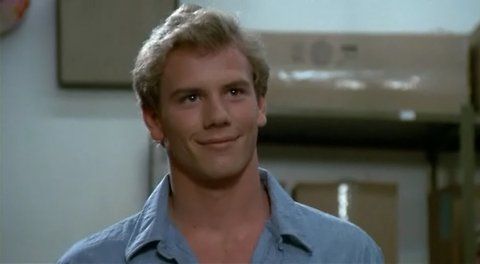 When we finally cut to Billy as a man, one of the nuns is getting him a job in a local toy shop. We're treated to a jarring musical montage of him successfully getting along in his new employment, that is... until the day comes that he's asked to dress as Santa. Already sweaty and freaking out, his true trigger moment comes when he witnesses his shithead coworker raping the girl Billy has a crush on. He kills him, obviously, and when she reacts (understandably) hysterical at this, he kills her too! 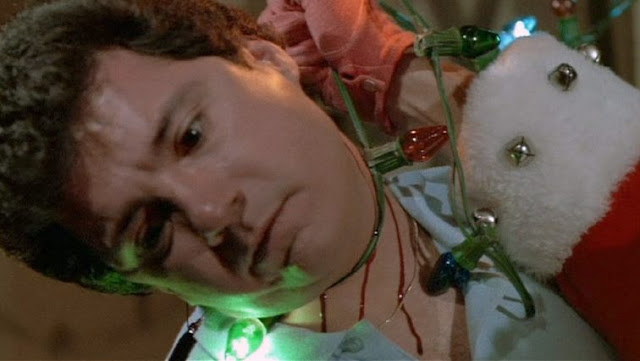 And so we continue with Billy making his way through workplaces and households, killing as he goes, and murmuring "naughty..." and "punish..." as he does so(!). The apparently one good nun in the orphanage is onto him though, and so are the police. This creates a fantastic narrative twist of innocent Santas all over town paying the price for Billy's homicidal tendencies.

Stand-out kills - and surely everyone's favourites who've seen this - are Denise (Linnea Quigley) being impaled on the antlers of a mounted deer head, and Billy decapitating a sledder as he comes down a hill.

This is a so-dumb-it's-kind-of-great movie. It may well become a fun yearly tradition to put on and giggle at it by the light of the xmas tree.
Posted by Zombie Cupcake at 10:08 No comments: