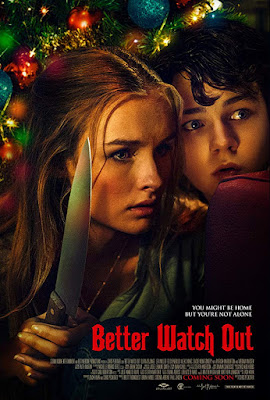 I feel angry and gross after watching this.

While Better Watch Out may scratch the seasonal itch of nasty home invasion for some, I don't ever see myself wanting to watch this again.

Male director and male writer (check out this fucking charmer) bring us a toxic male lead you're gonna want to punch repeatedly in the face.

Streaming on Shudder now, if you want to put yourself through it.
Posted by Zombie Cupcake at 22:39 No comments:

Labels: christmas, fuck off, holiday, home invasion, I do not approve, toxic masculinity 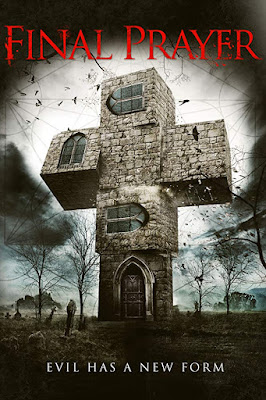 2018 has been the year I don't quite understand what the fuss is about. See: Revenge, Hereditary (though that wasn't helped by a shitty viewing experience) and now that I've finally seen The Borderlands, this is the latest.

Don't get me wrong, I didn't hate or even dislike any of these movies. I just didn't seem to get from them what the vocal majority did. I know we're all allowed to have our own opinions, but it's pretty frustrating to be aware of a tidal wave of excitement over a movie that personally left you feeling more like "...that's it?".

So here we are at The Borderlands, or Final Prayer as it's been renamed for the US market. An English found footage flick and feature film directorial debut of Elliot Goldner (who also wrote it).

It follows a team of Vatican investigators as they set up camp in a small town to try and disprove a "miracle" that took place in the local church. The core group is made up of Deacon (Gordon Kennedy - always a pleasure to watch), Gray the tech guy (Robin Hill) and Mark, an uptight priest (Aidan McArdle). 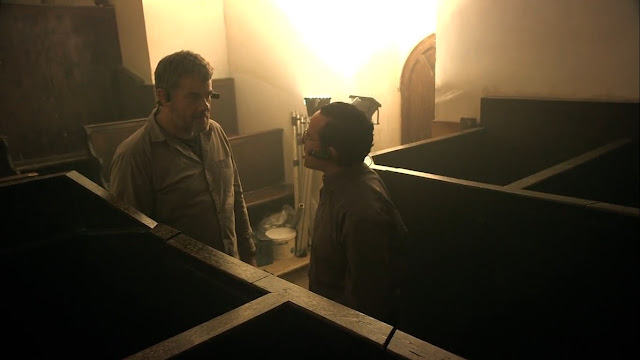 They set up cameras all over the place and wear head-cams, so all of the footage we see is supposedly from these sources.

Which is fine... but the found footage aspect of this film seems more technique than theme, to be honest. There's no narrative book-ending or explanation as to how these cameras were found (a big question, given the denouement) or who edited it all together and/or what the purpose is of us watching it. I guess there doesn't always have to be a Blair Witch Project intro screen for these types of movies, but something to explain some context would be nice? 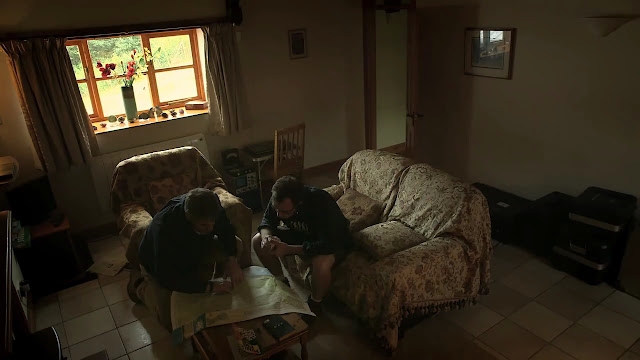 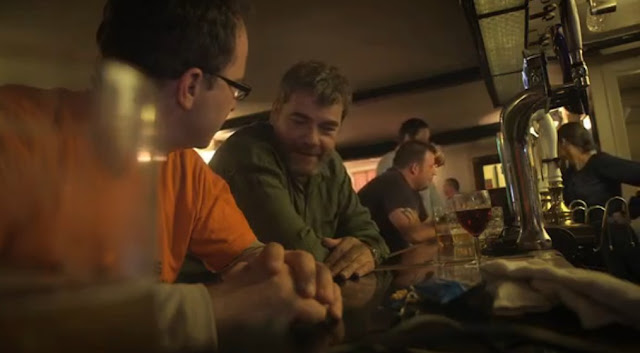 Nevertheless, we follow the investigations of these men as they scrutinise the church and hang out at their rented cottage. During the day there are weird happenings that Deacon and Mark, the most explicitly religious members of the group, are cynical of and try to explain away. Gray - who took this job purely for the money, and told a white lie about his faith - is way more spooked. 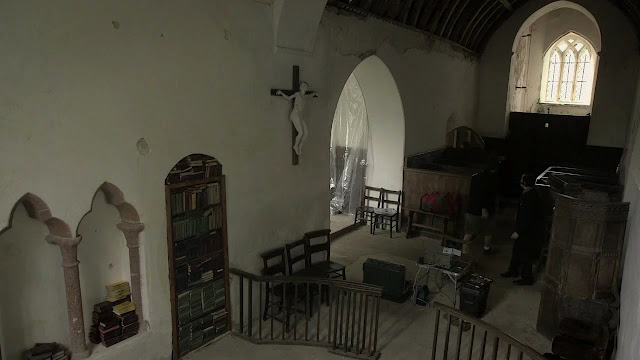 At night, more unsettling things happen, until ultimately the group find themselves performing a ceremony which doesn't exactly go to plan... culminating in a deeply uncomfortable final sequence.

The main problem I had with this movie was that the gradual climb of the first two acts was too repetitive and slow. Despite definite moments of creepiness, the building of suspense just didn't hit the mark. The payoff here literally comes within the final few moments - rather than the entire film working as a whole in laying the groundwork, with an alarming finale as the cherry on top. 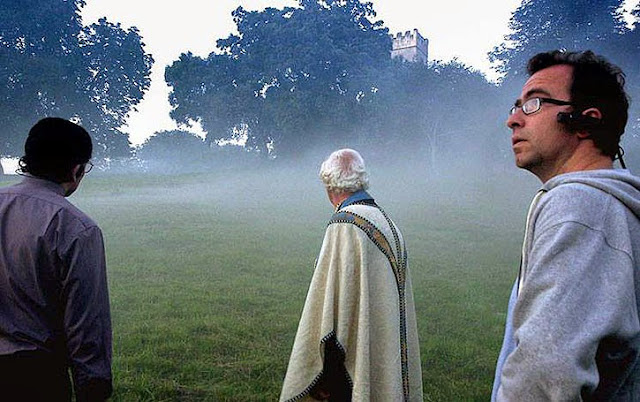 Something The Borderlands did do successfully was make me miss the English countryside. We are shown a fair amount of it as the team drive around and traipse through fields. It gave me pangs!

I rented this one on Google Play, and I think it's available on Amazon, also. Give it a watch and tell me what I'm missing.
Posted by Zombie Cupcake at 17:10 No comments: