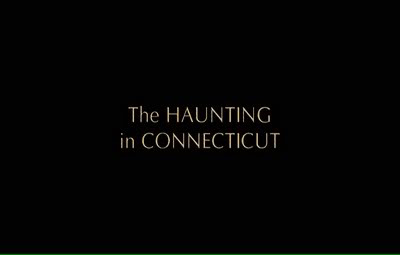 Whilst on the hunt for a new house, you happen across one that is perfect. However, when asked what the catch is, the guy renting it says:

And it's at this point you run, right? You don't shake his hand, you don't sign anything and you sure as shit don't move in.

So why Sara Campbell (the wonderful Virginia Madsen), upon learning this place used to be a funeral home - complete with handy morgue area in the basement - decides to do just that, it's hard to say. 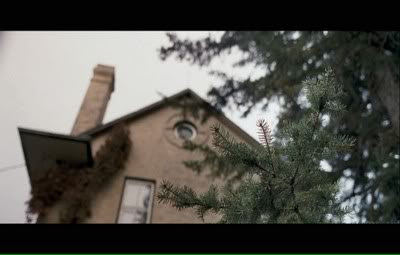 What's that? The Haunting In Connecticut would never have happened if she hadn't? Well, that's kind of my point.

Times are tough for the Campbells family, to be fair. Their eldest son Matt is undergoing intensive cancer treatment; while the father of the clan is an ex heavy drinker, currently residing on a trembling wagon.

Their house move comes about in order to be closer to Matt's hospital. But it isn't long before the words of their doctor - "Basically we're waging war inside Matt's body" - start ringing more true than any of the family thought possible. 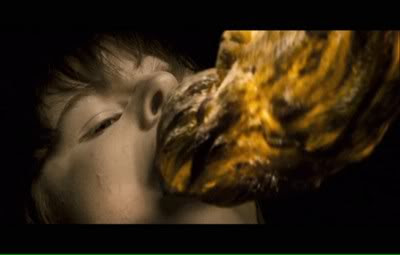 I really love the word ectoplasm.

To cut right to the meat: this film is not scary in the least. It overdoes the jump scares in the first act, too, so even cheap shots such as those become old very quickly.

There's no suspense, and when we are shown anything horrible, the scene usually ends with one of those fucking annoying sped up intense zoom-ins that have become rampant in the genre over the past few years.

One brave move and about the only moment my facial expression changed from one of blank indifference, was when they showed an eyelid being cut off. 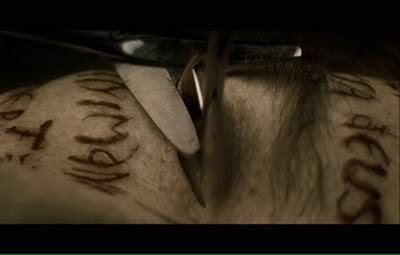 I kept thinking 'They're going to cut away from this any time now, surely?'. But they didn't. Owwww.

Aside from that, the haunting in question can be summed up in the following caps: 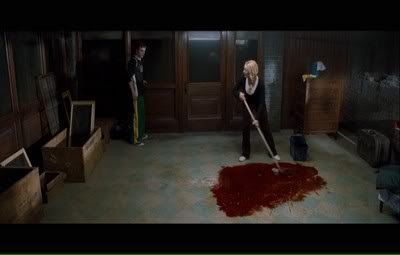 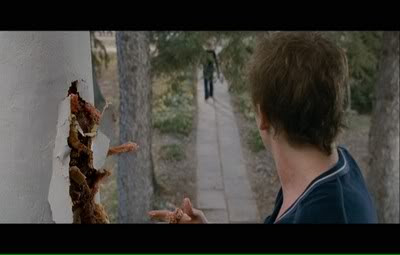 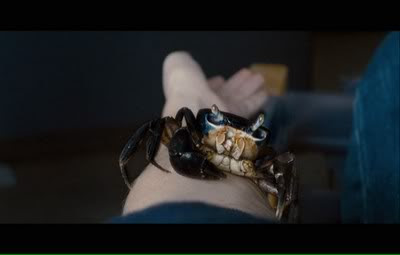 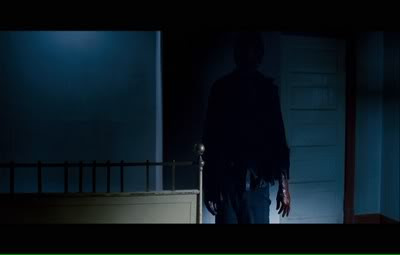 Bottom of the bed shadowy figures. 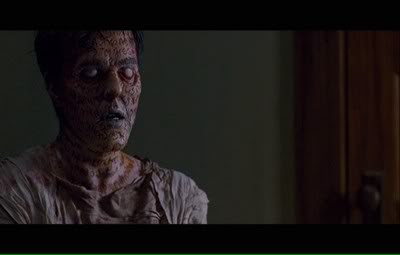 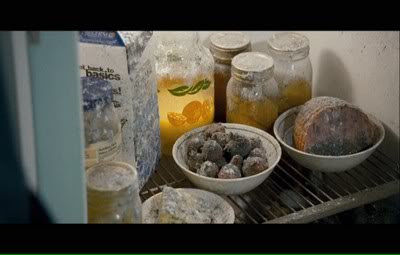 This movie doesn't teach us much about what makes a good horror film, however what we can take away from it is that getting a surveyor in before committing to a property is of the utmost importance. For it transpires in this tale, that the walls of the basement are lined with grave-robbed corpses. Literally piled atop one another. 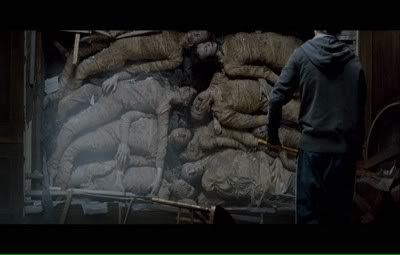 Yeah, well that would certainly bring a few bad vibes to a place.

It doesn't take much more than a nudge from an axe wielded by a dying boy to uncover them, either. How the hell were these dusty stiffs missed for so many years of the house being occupied and people (presumably) terrorised?

While I am asking questions:
I could go on.

As may have become clear by now, The Haunting In Connecticut is sadly neither good nor bad enough to warrant my recommendation. It's just... mediocre. Something no horror film should ever be!

To quote Madsen's last line of dialogue in the film: "Consider yourself warned."
Posted by Zombie Cupcake at 11:40