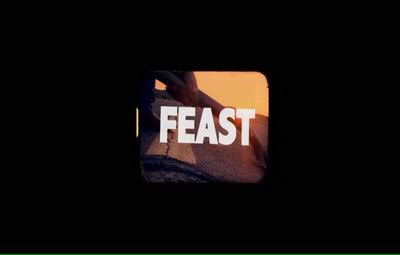 Feast saved me from my periodic genre-grump by being a perfect balance of guts and guffaws.

It's 83mins of fine horror comedy, involving but not limited to: nasty monsters, limb dismemberment, geysers of blood. 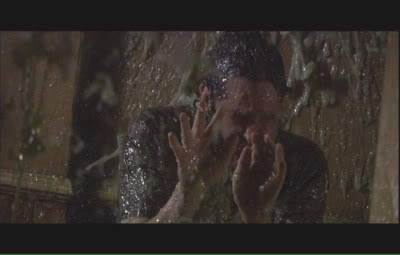 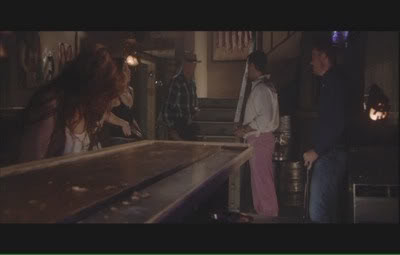 
This is another to add to the number of films I've been watching lately which are set in one location. Or, "submarine films" as director John Gulager describes them. It's a favourite tactic for film makers with a smaller budget as it keeps costs down, and I'm something of a fan of such flicks, I'm starting to realise.

A one-location deal tends to intensify. Without the bells and whistles distraction of a regular change of locale, more attention has to be paid to everything else. As ridiculous as it may sound, it takes the film one step closer to theatre.

Let's not get too serious, though. We are still talking about a film whose sequels are called Sloppy Seconds and The Happy Finish.

So the set-up here, as I'm sure you can guess: a motley group of employees and customers are trapped in a bar in the middle of nowhere - which just so happens to be under a nighttime assault from freakish monsters. 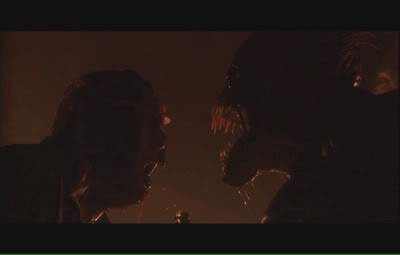 Feast decides to opt out of giving us any explanation for what these things are, or how they came to be there. With a film like this, this is more often than not the way to go. Back story, what's that? Let's just chop some heads off and throw blood in a girl's face. 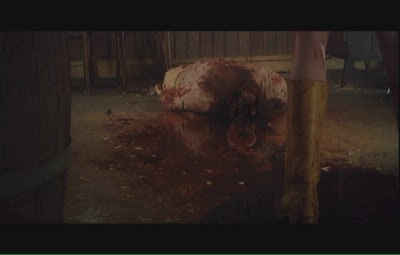 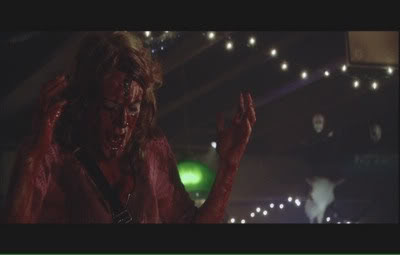 The characters are introduced in the opening sequence by way of freeze frame sepia-tinted profiles. A bit like top trumps. This sounds overdone and a little groan-inducing, but it works in prompting the first of many laughs and instantly cluing the audience into who's who... 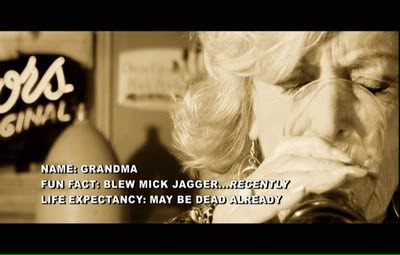 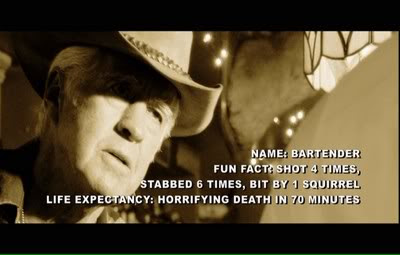 Trivia: this is the director's father. 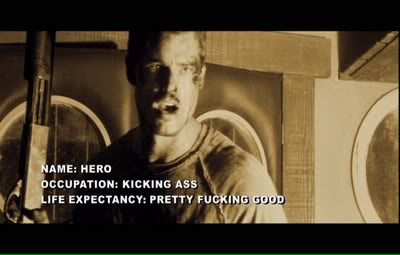 Quite some time is spent establishing these character profiles... before roughly half of the cast get immediately wiped out in the initial monster attack. "Did that just happen?!" moments are one of my favourite things about the horror genre, and Feast hands them out unabashedly. It's nice and disconcerting not to be able to instantly guess who'll be dragging themselves over the ridiculously gore soaked finish line.

This is a film of simple pleasures of the Evil Dead variety. Practical effects and gross comedy are both out in force, often at the same time. Behold: a character peeks out of the shutters into the night, declaring: "I can't see a thing..." and then proceeds to get his eyeball torn out. While the optical nerve is being ripped from his head, he screams "Gimme my eye back!". This small scene encapsulates the spirit of the film. You as the viewer wince, laugh, feel a little nauseous. Perfecto.

"We build a doll and throw it through a window!"

Just about everyone involved in Feast was obsessed with gettin' as messy as possible and they say as much in the making-of documentary. The 'creature and makeup effects designer' Gary J. Tunnicliffe brought the gore using what one of the actors calls "80s retro" methods; delightful practical stuff which sees blood, latex, bone and hair being tossed around from the get-go. It takes some vision, apparently, to act with what looks like a stuffed animal as your co-star - but the results are so glorious! 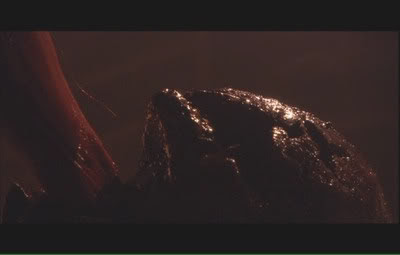 The featurette also tells of this film's unconventional birth, through a reality TV show named Project Greenlight. Gulager (who was directing wedding videos prior to getting this gig) comes across as an enthusiastic filmmaker and I'm interested to see what, if anything, he works on in the future. I've seen about ten minutes of Feast II: Sloppy Seconds and that was quite enough... Here's hoping he's wiser or luckier with his next pick.
Posted by Zombie Cupcake at 21:11