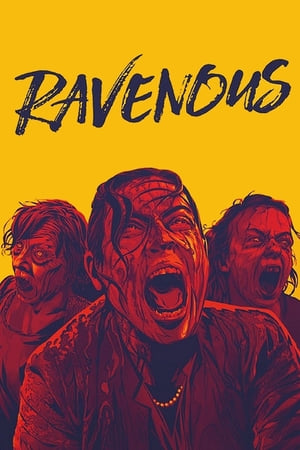 Ravenous is a zombie movie that somehow manages to feel unlike any other I've seen. I was drawn to this one even before I saw some favourable chatter about it, because I live relatively close to Quebec, and if anything adds a little frisson to a horror movie, it's that sense of familiarity.

This little Netflix Original was written and directed by a Canadian actor, screenwriter and film director by the name of Robin Aubert, and it won the TIFF (Toronto International Film Festival) Award for Best Canadian Film in 2017. I can see why :)

We join this world in the aftermath of an outbreak; long enough ago that everyone seems to know what the situation is, but not so long that they aren't still thinking about their lives before.

There's not much story to speak of, now that I actually think about it. The viewer is really just following the lives of several individuals whose paths intersect and overlap, as they try to survive in a rural town. 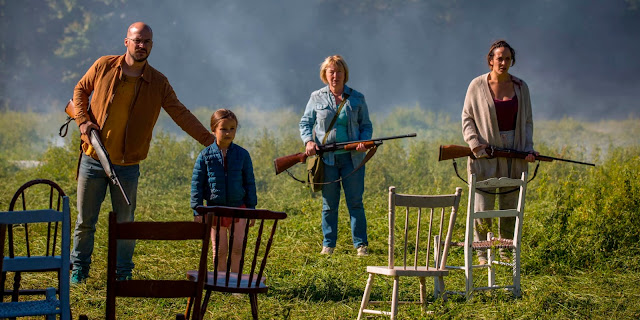 One of my favourite things about this film is the characters. The skill with which they are drawn for us, with such speed too - and without resorting to tired old tropes. These people feel fully developed and real, and like real people there aren't any black and white heroes and villains. Everyone is a little soft, a little hard; a lot scared about what's going to happen. These people are written so well it made me realise how we're forced to put up with poorly constructed characters so frequently.

Ravenous is nearly 2hrs long, and I am not going to say that it goes by quickly. This film is incredibly slow and considered, and yet nothing feels like padding. The moments of misty stillness over the fields and forests are important, because being quiet is important in this new world. 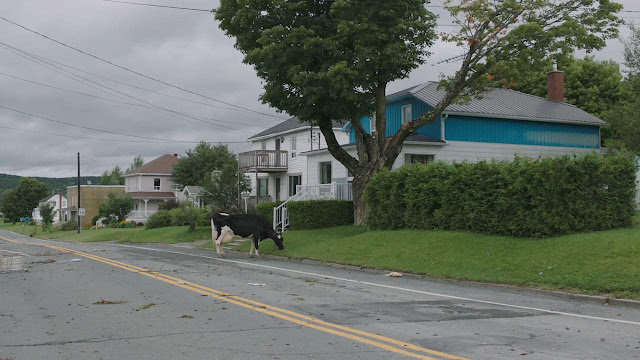 When the silence is shattered, it is with the sounds of bullets, bludgeoning, and inhuman screaming. In fact Ravenous uses sound to great effect, with the suffocating/protective forests deadening the noises of approach or altercation, or the empty farmhouses and hideaways; all hard surfaces and outdated decor. This movie feels incredibly... acoustic.

So with the aural taken care of, let's move on to the visual. This film is stunningly atmospheric in places. 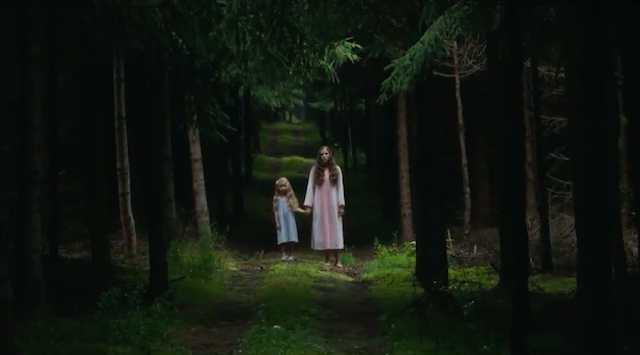 Again, Aubert makes some simple but highly effective choices, subtle camera movements, angles, and framing choices add a visual flair that really excited me. Mist is used often but not overdone, to cloak the surroundings in a blanket that simultaneously softens and masks the threats. A world of zombie carnage is rarely shown as beautiful as this (if ever? Correct me if I'm wrong!).

In its third act, things become mysterious, bordering on the supernatural. The zombies are shown congregating and possibly even building structures. These scenes are so unsettling and they raise way more questions than they answer. To see these monsters so still and silent is baffling, almost sad?

Opening with a short string of cheap-ish jump scares, I advise you to hold on, to be rewarded with an affecting and thoughtful tale of humans caught up in chaos, and all the bleakness and the hope that such a tale must embody. Highly recommended!

(And being one of its Originals, hopefully destined to be streaming on Netflix for a good while 👍🏼).