"This is creepy... like a bad science fiction movie." 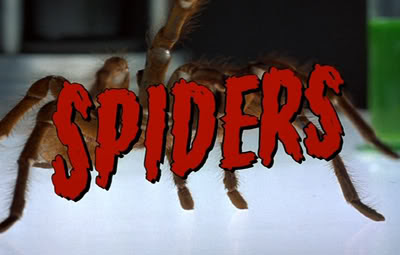 According to the DVD packaging, the selling point for Spiders is that it's "FROM THE SPECIAL FX TEAM WHO CREATED From Dusk Till Dawn, Spawn AND Wishmaster".

You soon learn why this is the best thing they have to say about it. The film is 89mins of bad acting and poor dialogue, punctuated by moments of exclamation-inducing effects. 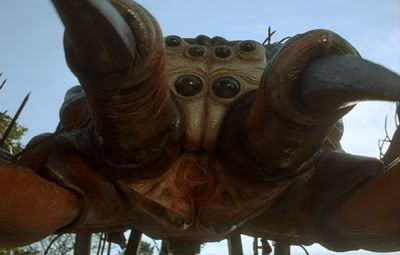 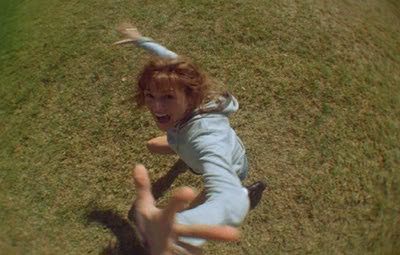 
A killer alien-spider codenamed "Mother-In-Law" is loose in a military facility. Three students smuggle themselves inside after witnessing the space shuttle crash that brought the spider back to earth. Government agents are trying to protect it, the snooping college kids are trying to find out about it and everyone else is just trying to stay alive.

Basically they scrimped in every department apart from the effects. It reeks of TV movie and even the nods to other films and self-awareness don't help it any. It pretty much sucks apart from the scenes involving arachnid-carnage. 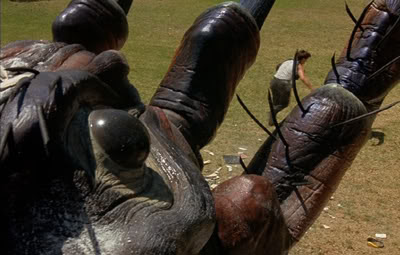 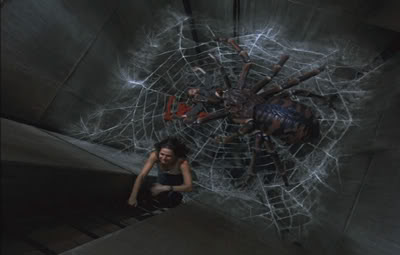 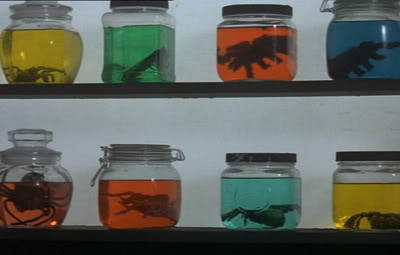 "How do we make this place look like a lab for spider experiments?""Ummm... Rubber spiders in glass jars of different coloured liquids?!""Okay!"


Don't get me wrong though. I paid £1.99 for this film, I got more entertainment than I was expecting! At nearly forty minutes in, this happened. 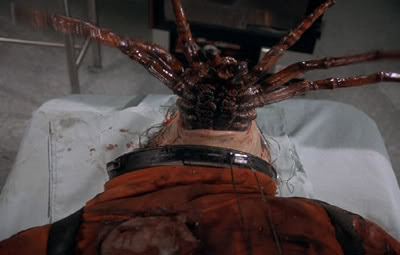 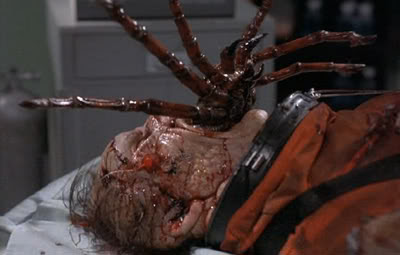 I literally cried out. And continued to do so at more or less every moment including effects thereafter. They get steadily more ridiculous as the spider grows into what will eventually be a two storey sized beast, clumping around the university campus. 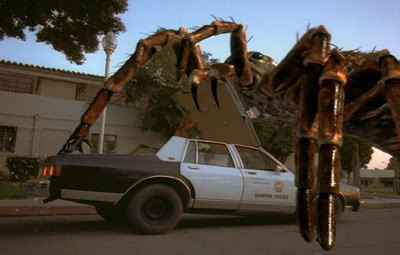 Even though you are constantly questioning the motives and actions of the supposed heroes, and they always seem to be making stupid and ill-advised decisions, the film doesn't ask to be taken seriously. It just wants to bridge the gaps between men sprouting spider legs and then exploding. 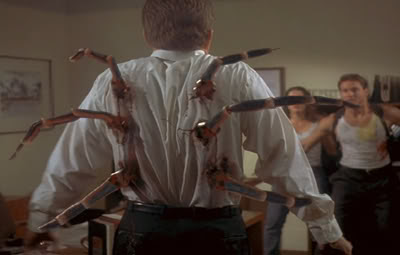 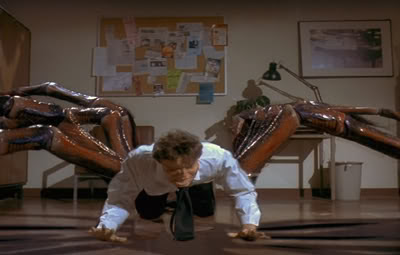 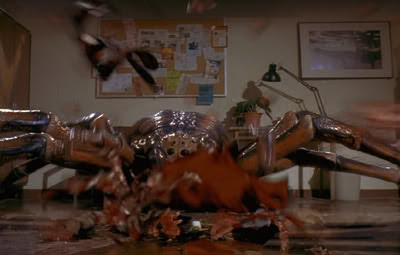 Who can blame them for that?
Posted by Zombie Cupcake at 08:17